The first edition of Bishop's Bulletin (an investigation of actor and director performance with age and gender) with full source code. 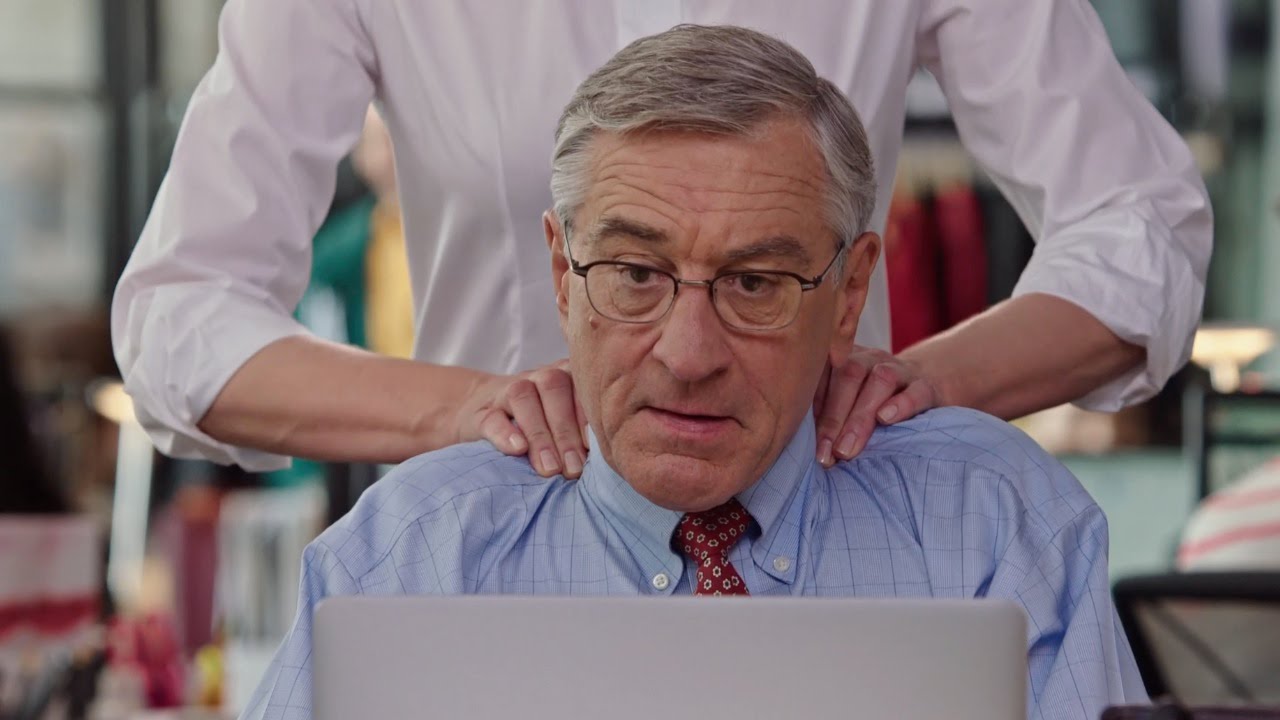 Nah but actually The Intern was ok.

Much analysis has been completed regarding the performing peak of athletes and sportspeople. Statistically, swimmers peak at around 24, marathon runners between 30-31, gymnasts at a mere 18, NBA players generally peak between 26-29, professional hockey players between 27-28, and chess players at 30-35.

Does the idea of a performing prime extend to artists, specifically actors and directors? There are obvious reasons to be skeptical. Importantly there’s no major physical component to acting that would decay as the body does, and unlike chess you wouldn’t think there’s the need for an extreme state of concentration and cognition which might be unreachable at older ages.

There are some confounding factors that might prevent us from answering this question difinitively (which I’ll discuss later) but let’s dig into the data.

To curate a data set for anlaysis I started with imdb user hagennelson’s list of top 1000 actors and imdb user earthanime’s list of top 250 directors. Both lists span across generations, from the ancient (Ethel Barrymore and Alfred Hitchcock) to the modern (Chloe Grace Moretz and Christopher Nolan).

I then developed code (available here on Github) to scrape data from the rotten tomatoes pages of the above individuals’ films. The final dataset includes 12,258 films and 1,233 indviduals. Although we’ll only use a few of these variables, I brought in a few extras for some future investigations:

Let’s have a look at the films data set. Click the green + button to view the extra fields in the dataset (the director and top 6 actors in the film).

Unfortunately, because the Rotten Tomatoes development team are a bunch of politically correct SJWs (/s), gender isn’t provided on their film bio pages so we’ll have to be creative. The gender R package allows you to infer a person’s gender from their first name and DOB. The result is a probabilistic estimate of that individuals most likely gender given their first name and the year they were born.

Pretty cool, but we should sense check the gender mapping to make sure the package is making logical guesses. Let’s take a random 10 person sample:

So generally this is looking pretty good. Things get dicey with unisex names like Sandy; however, the underlying logic and database must know that Sandy was more commonly used for females in the 1930s, which is consistent with my 1 data other point.

What’s the deal with female directors?

To add a layer to this analysis I wanted to group people by gender and film production role (actor vs director). So we think we’d be working with 4 groups; however, I was suprised to see that of our 250 top directors only 25 were female. A consequence of history but appaling nonetheless.

This got me thinking about the rest of the dataset. Given our 12,258 film dataset isn’t limited to director credits in our top 250 (films in the set are contributed by both out 1,000 actor list and our 250 director list) we can get a bit of a better idea of the broader gender split for film directors. I’ve captured a lot of the key numbers in the following chart.

Approximately 85% of all directors are male, and almost 90% of popular films are directed by a man.

So we’ll treat directors as a single group that, statistically speaking, are very likely to be male.

Well, as it turns out, it depends on which one of the above groups you’re in. To remind you, our groups are: directors (predominantly male as seen above), male actors, and female actors. For all these individuals we calculate their age at the time they were credited in a film release and plot the distribution within each group.

64% of female roles are given to actors under the age of 40 compared with 42% of male roles. Only 28% of popular films are directed by a someone under 40.

The half life of acting talent

Our ultimate question is: do actors and directors improve or deteriorate as they get older. To investigate this hypothesis we must make a couple of assumptions. Since we don’t have individual actor or director performance metrics (like we have in sports) we’ll have to assume an actor or director can have a material affect on the quality of the movies they appear in. There are obviously many other factors that go into the quality of a film but this seems like a relatively safe assumption.

Further - for actors - we’ll have to limit the dataset to actors that played an important role in the film. To implement an actor performance == film quality approach the actors need to be influential enough to be able to affect the overall quality of the film. So while Michael Cera’s cameo in This is the End was high quality, it can’t be said that he influenced the rotten tomatoes rating of the film on his own.

After looking through a few rotten tomatoes pages it seems limiting to the top 3 actors in a given film is a reasonable cut-off for influncial performances.

No Country For Old Men

So we’ll limit this dataset to the top 3 actors in each film.

There are few other things we want to control for here. I don’t necessarily want to plot raw film critical rating because this might be prone to idiosyncracies within groups or ages. For example, it’s possible that talented directors generally wait until they feel experienced enough to direct their first film, leading us to the false conclusion that directors get better with age and experience.

Instead we’ll plot, for each individual and film, how well they have perfomed relative to their career average (the average tomatometer across all that individual’s films). To illustrate this approach let’s look at Denzel Washington’s films. Denzel has a healthy mean tomatometer of 68%.


So based on this 10 film sample, Denzel had a solid early 40s where his films (Hurricane and Courage Under Fire etc) averaged a rotten tomatoes rating about 20% better than his career average. He looks like he dropped off after 50 with a few flops like Deja Vu and Safe House. Check the chart below to see how he’s partially rebounded with flicks like American Gangster and Fences.

To help visualise this approach let’s take 12 of the top 20 actors by total number of roles in the data set and visualise average their film rating performance by age. De Niro is a great example of someone who starred in increasingly poor films as he got older - clearly visible in the chart below. This probably has more to do with role selection than deteriorating skills (we’ll discuss this later) but it’s interesting to visualise nonetheless.

Hover over each 5 year period in the actor’s career to see which films are contributing to the rating performance metric. A simple color coding should help guide the eye.

So let’s extend this approach and plot out the median performance rating by age at production. This will give us an idea of the average performance above or below the career average at each age; allowing us to identify trends across age groups.

Actors and Directors work in their most critically acclaimed films - about 10% above their career average - between 27 and 35 years old.

While it appears that actors and directors have their prime between the ages of 27-35 we can’t say with confidence that this is caused by a natural skill trajectory. Some caveats that could potentially explain this trend without our skills and abilities narrative:

All we can say for sure is that the prime of your acting life - defined by the quality of the films you appear in - happens between 27-35 years old. Whether the true cause is because you were at the peak of your abilities, or you were more likely to be seeking critically acclaimed roles (hunting that first Oscar), or you were just given opportunities you wouldn’t be afforded later in life, we’ll have to leave to another day. To spend more time exploring film data head over to my film data shiny app Stratton.

The following javascript was added in a script tag at the bottom of the R Markdown Doc. This allows for extra client side interactivity by injecting the data into the client side javascript. I’ll create a post on this alone in the coming weeks.